These chaps walk the suburbs selling their wares. They usually alert residents of their presence by loud whistles.  We are regular customers!

A few random photos during a drive to the suburb of Melville for stock.

Bridge graffiti passing through the suburb of Parktown.

Probably looking at a hole in the ground, which seems to be the general practice of so many municipal workers the world over !

Driving Up Louis Botha Avenue. In times past , before highways, this  was the main road between Johannesburg and Pretoria.

The Tower; approaching from The Wilds, a large park that was once a favourite for picnics and walks.

Back to the garden… 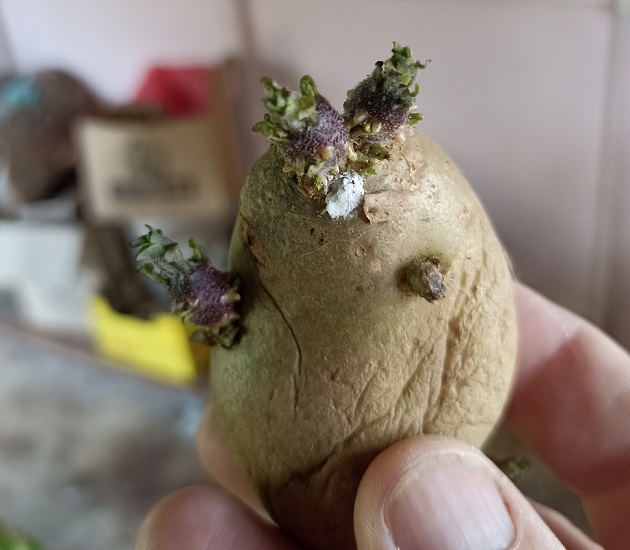 Chitting is the posh term for sprouting. Don’t ask me why. That’s what  proper gardeners on the Youtubes call it. This, along with a whole lot of others, will be planted out in a couple of months

Hardly ever get a visit from this beautiful little sunbird, so this was a treat. A very poor shot I’m afraid, but the light was so poor and I had just this one opportunity.

Three visits in all the time we’ve lived here. Again, I had chance of this one shot and she flew off.