Off we go, Cindy! By the way, I am not really this big/wide. ’tis the shadow and the camera angle. Honestlly! I mean, would I lie to you? 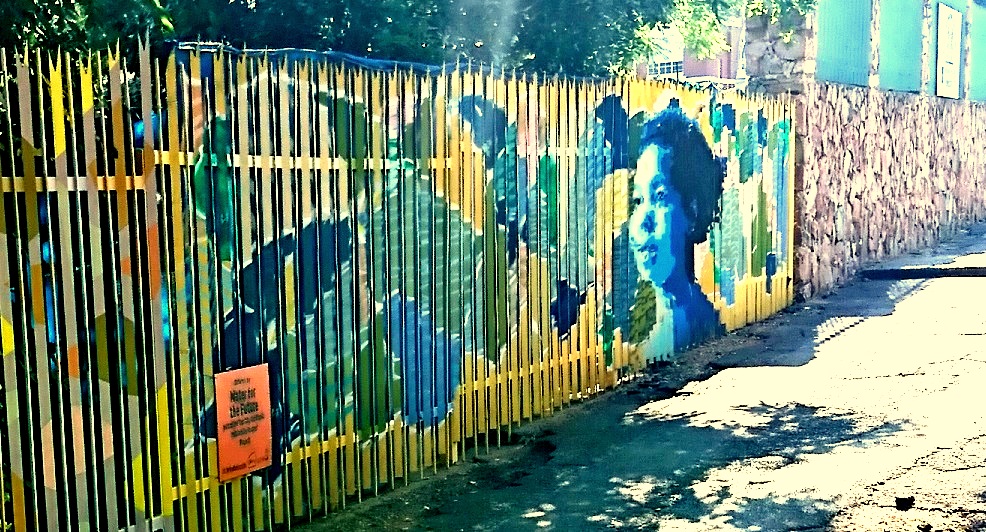 Going up Eckstein Street. Mural on the palisade fence outside Sacred Heart College.  The way this has been done is very clever because when you come down the street,  viewing the fence from the other side, t 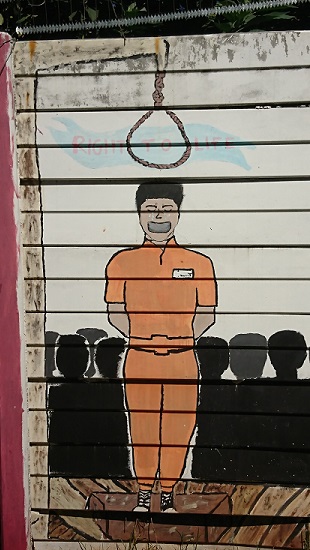 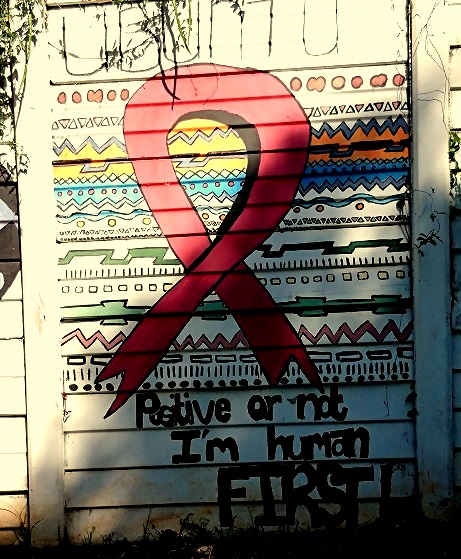 he girl is wearing a mask. I posted that image the other day.

The slogan on the Hanging mural (left) painted on the wall surrounding Athlone Girls School, which is on Freidland Avenue, about 1.5 km away from our spot, reads: Right to Life. The other two Murals, are about HIV/ AIDS, & Lesotho.

Oh, well. So much for Perseverance on Mars. 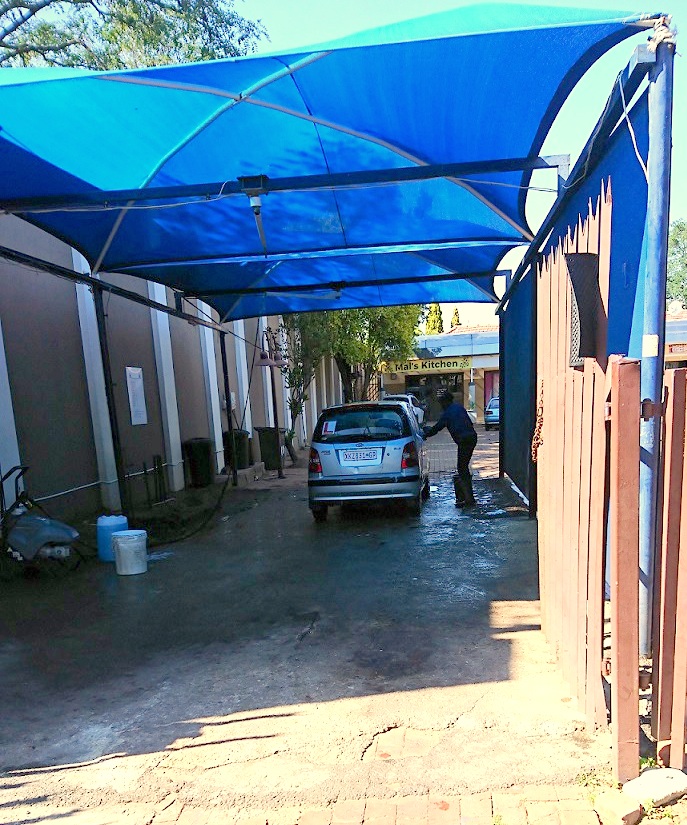 No Rolls Royce but who remembers Rose Royce and the song Working at the car wash?

This is part of a property at the end of our street that includes a few small shops. The chap who once owned it called us in some years back for us to sell  a house on Ridge Road belonging to his wife.  The house needed to go on show but the Sunday it was scheduled, the wife and I were busy so we roped in our kids to sit for us.

”If you get any interest just call us and one of us will pop back.”

We’d hardly been gone five minutes when we got a call. ‘Dad, there’s someone who wants to put in an offer!’

By the time I arrived the offer had been put to paper and the bloke who had made it said, as he was about to leave. ”It’s okay, we managed without you!  Your daughter did fine!” We closed the sale a day later and he was so happy with Ems’ service that he sent her a rather nice bottle of old red wine as a ‘Thank you’. One Showhouse — One Sale. Oh, would that every sale was that easy! 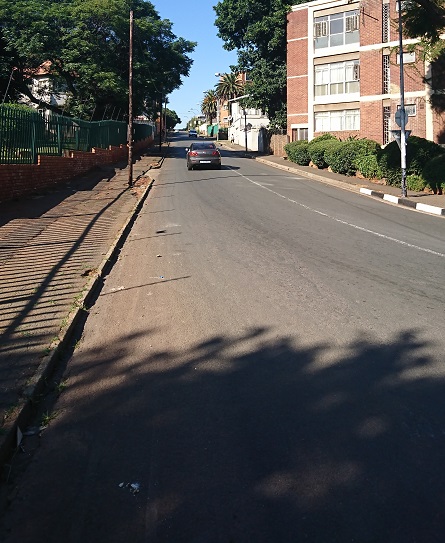 Looking up …. Bezuidenhout Road. A long drag that does not get any less steep once you go over the crest (in picture). A slight dip and it rises again. Your legs know you have run this hill when you reach the top. Perfect training for Mak in his lead up to his first ultra-marathon.

A vacant stand at the far end of Eckstein Street. A fine old double-storey home once stood here, then a few years back, while on a morning jog, I heard, then saw, bulldozers and a crane with a wrecking ball demolishing the house. From what I remember there hadn’t  seemed to be anything structurally wrong with the house and it was uncomfortable seeing it disintegrate before my eyes. Maybe I’m just a sentimental fool? However, once all the rubble had been cleared one would have expected new building work to begin. Not so, and it has remained in this state since.

When we decided to move to Obs this house was a prime candidate – large stand, very quiet, and private. Four beds, cottage, office and an easily convertible pool for our fish. We made an offer with the express condition that occupation was to be on the 1st March – as this was when the new owners of our house were to take occupation.  All’s well, offer signed and accepted. Two weeks before moving we get a call from the agent: the owner had not informed his wife of the date of occupation and she was refusing to budge until  end of May!

No problem, says the agent. The wife has  agreed to allow you to move in and ”share” for three months, and she will reduce the occupational rent as well.  Er …  what about the 40 odd  koi, and not to mention the 23 cats we told you about?

The following two weeks were the most frantic house hunting I have ever experienced.

As mentioned previously, many residents are caring for the municipal verges themselves, rather than relying on the slap dash approach of the local council. Here, the owners have removed the grass entirely and planted indigenous succulants and other local plant varieties. I walk past this house regularly and it looks very pretty.

Mowing the ”lawn”. Cutting grass on the school playing field. How’s that blue sky at 8:00 in the morning?

14 thoughts on “Walking the dog”