Of course every photograph is unique but some are more unique than others ( with apologies to Eric Arthur Blair).

Sometimes one takes a shot that is neither planned nor expected and is unlikely ever to be repeated.

Here are a few that I have taken over the past couple of years.

Yes, the hoverfly is actually standing on the back of the crab spider.

I was photographing the hoverfly and because of my point of  focus and the spider’s colouring I did not even notice it until I uploaded! 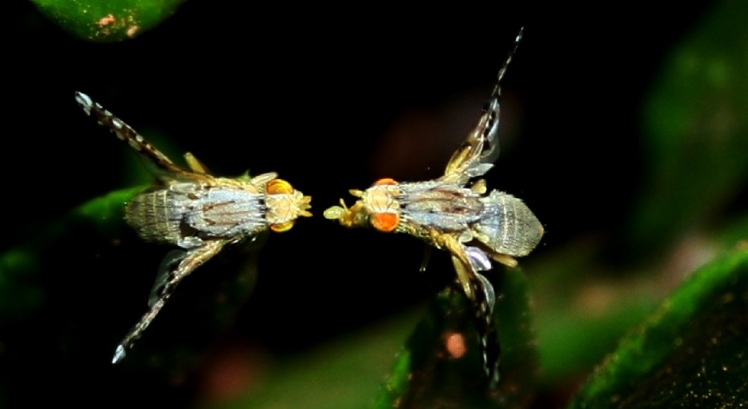 A pair of tiny fruit flies ”squaring off”. Or maybe they are leaning in for a kiss? 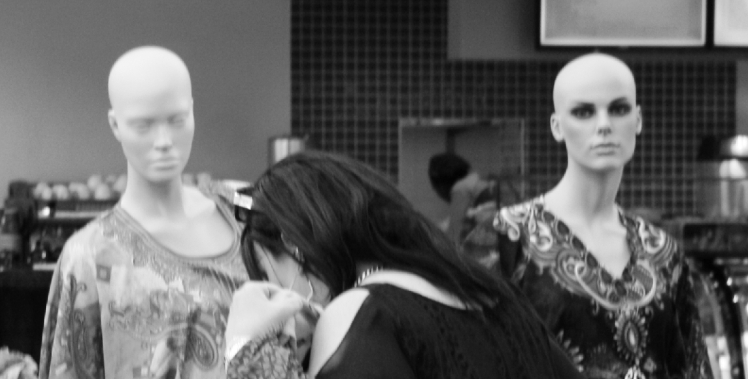 I took this at a local shopping centre. I was merely taking random shots and once again only realised how unique – and funny – this shot was after I uploaded. Notice how the models appear to be looking directly at the woman as she inspects a dress.

Shot as we passed the forecourt of a local garage during a bit of street photography.  What makes this shot unique is the sign in the background and it’s relationship to the cyclist! I always smile when I see this. 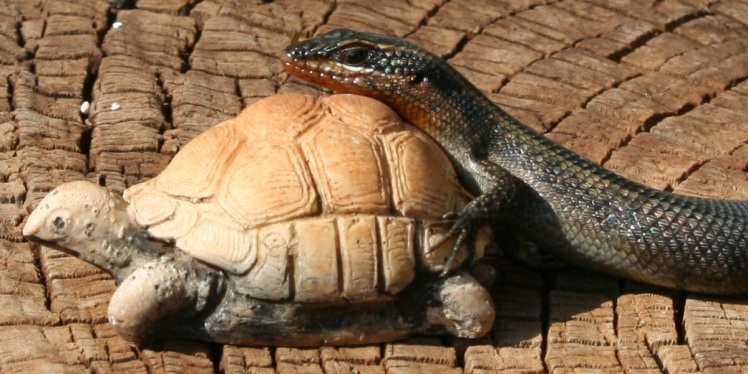 Lizards often climb onto the tree stump to warm themselves in the sun, but although the little tortoise is still there, no lizard has ever repeated this ambiguous and somewhat amorous-looking manoeuvre. 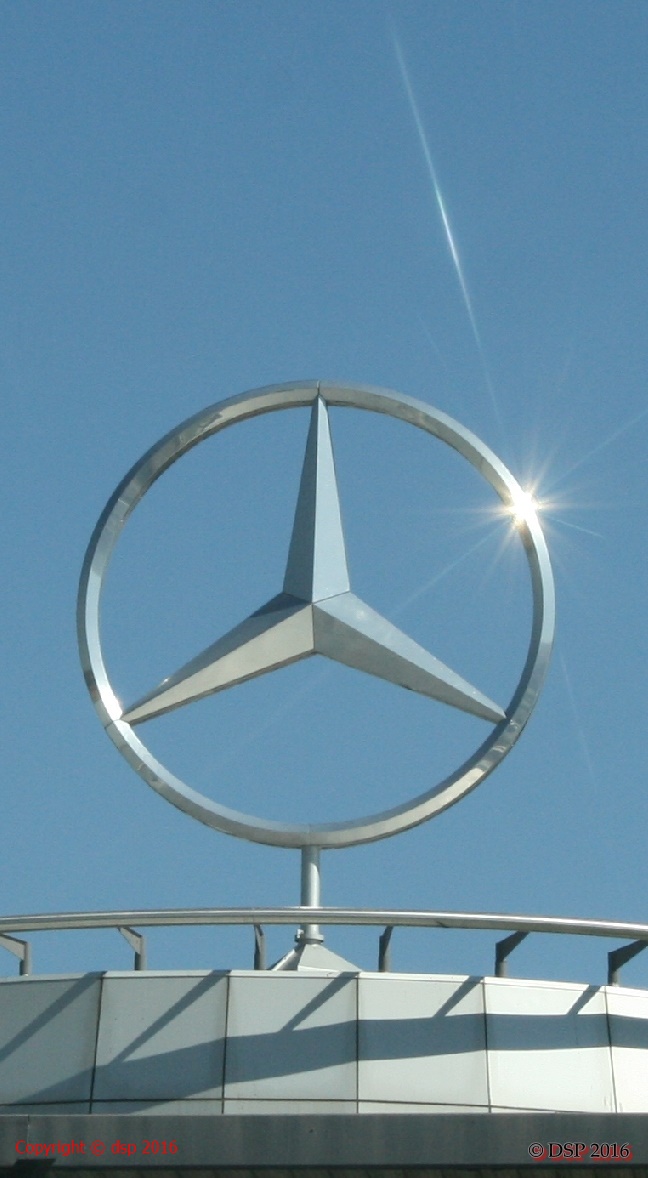 Riding shotgun after a visit to the vets …. for one of the cats, not for me …..  I merely wanted a shot of the Merc Star.

This is on a rotating platform and as it revolved to face me directly …. ”Zing!”

Oddly enough we remained in traffic at the stop street for a further two revolutions and  the sun did  not catch it again. 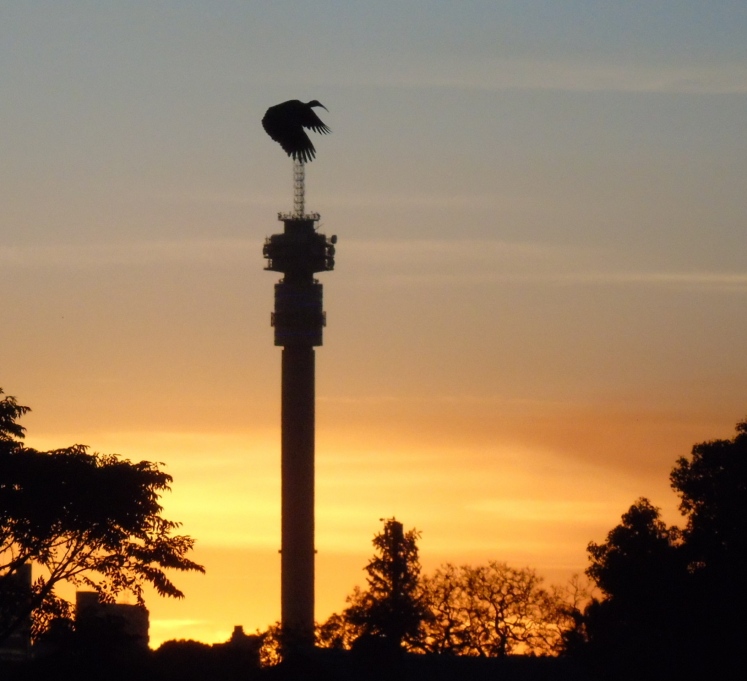 Okay, I did ”plan” this shot in a small way. I saw a group of birds out to my left flying home and hoped to catch them as they passed the tower. What I did not expect was one to fly directly in front of the tower transmitter.

When I uploaded it looked almost as if the bird had been cut and pasted onto the image.